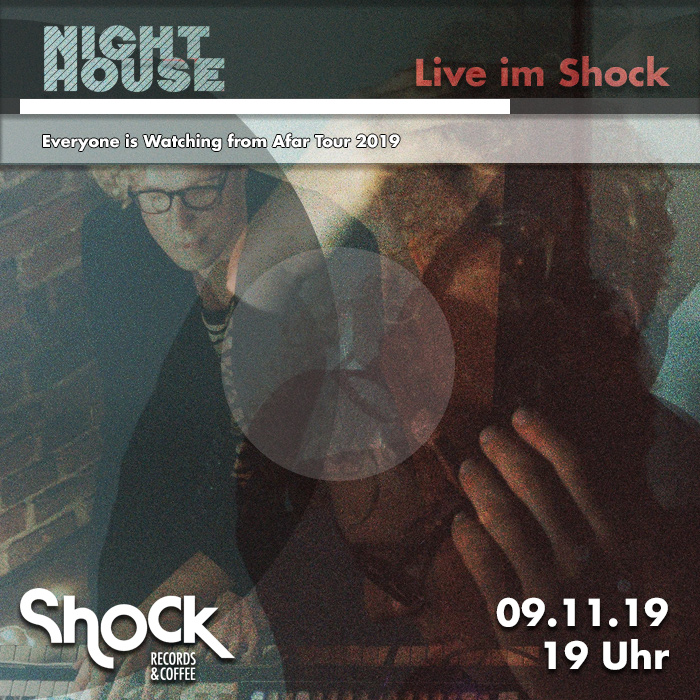 Brighton-based Night House blend electronic beats, orchestral arrangements and lyric-driven songwriting, drawing from a wide range of influences such as the electronic work of James Blake and Radiohead and the folk harmonies of Sufjan Stevens, Joni Mitchell, and Bon Iver.

Night House has a sound that is almost spiritual; beautiful, uplifting ethereal harmonies meld with modern electronica to create a warm, intelligent sound that is reminiscent of Bjork and Wild Beasts, with lead singer Nicholas Williams described as a “falsetto Tom Waits (Radio Reverb)”

This year Night House release their debut album Everyone Is Watching From Afar which was co-produced and mixed by Dan Brown (Massive Attack, Jerry Williams, Luca). Written during a period of family bereavement the records personal lyrics drift over warm strings and clarinets, where layered vocal harmonies meet icy synthesizers and electronic beats. The unique album features performances from a range of Brighton artists, including the lead vocals and harp of acclaimed songwriter Ellie Ford on “The Roots in the Wires”.

The singles from EIWFA have pick up support from tastemakers such as PRS for Music, Clash Magazine, BBC Radio, The Vinyl District (artist of the week) and Come Here Floyd; with videos premiering via Attitude Magazine, God is in the TV and Circuit Sweet.

The songs are full of melody and ambition, accessible yet layered and deceptively complicated. Themes of family, relationships, loss, societal pressures and emotion resonate throughout the album.

Night House have supported many artists including Ben Howard, Willy Mason, Solomon Grey, Krystle Warren and The Magic Numbers. Road testing the material for “Everyone is watching from afar” took the band on four european tours, including headline shows upstairs at Ronnie Scots Jazz club as well as sell out home town shows at Brighton’s St Nicholas and Unitarian churches. They’ve performed at many festivals including at The Great Escape, Rhythm Tree, The Isle of Wight and Ynot.